Madelyn was the youngest child of John and Ellen Callaghan.  She was born on December 31, 1899, at Annie Frederick’s house in San Francisco.  Her mother died when she was eight, and almost immediately she was sent to board at St. Gertrude’s Academy, where she spent most of her early life.  She was very close to her cousin Rita, Jim’s first daughter.  Dolores remembered that Madelyn and Rita were “quite the dynamic duo” when they went out on the town, in Rio Vista or in San Francisco, and were known for having a good time.

Madelyn graduated from St. Gertrude’s in 1917 and moved to San Francisco almost immediately to live with her sister Ruth.  Over her life, she had a variety of jobs in sales, including jobs at FA Hardy & Co in 1919, at JJ Newberry Co, where she worked as a clerk and floor manager from 1931 to 1937, at AC Co in 1945, and at Lachman Co in 1959, where she worked as a biller.  Sometime in 1923 or 24, Madelyn met and married Arnold O’Larte. 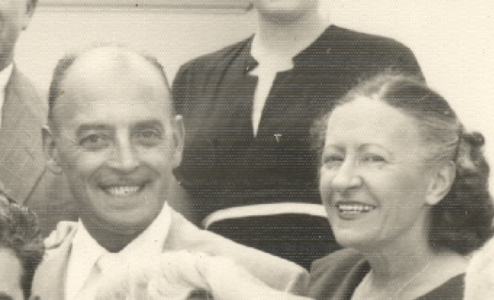 Arnold Wilbur O’Larte was born on July 21, 1901, in San Francisco.  He was the son of Igancio O’Larte (a tailor from Monterey and a Bellarmine College Prep graduate) and Ana Marie Artellan.  Ignacio was the son of a doctor from Columbia, and Ana was descended from generations of native-born Alto Californians going back to the 1600s.  Family lore was that Arnold was descended from the last Mexican horse-thief hanged in Monterey County.  No evidence of this can be found, though.  No one knows how he got the nickname “Trigger,” but the Lester’s branch of the family never called him anything else.  Trigger had been a marine in World War I, and after the War, he had worked with his father as a tailor.  Later, he became a taxicab driver and a bartender.  He also managed the Yellow Checker Cab’s baseball team in 1927.

Trigger was a loveable scoundrel and a bit of a roué who always seemed to be up to something.  He had a bubbly personality and a quick wit.  Madelyn loved him, but he would drift in and out of her life and they were often separated.

David remembers Madelyn well and fondly as a “real character with a heart of gold.”   Another of the stylish and good-looking Callaghan women, Madelyn “dressed to the nines,” always classy and elegant in furs and wraps, with the look of a 1940s femme fatale.  She stood 5 feet, 4 inches, and was slim with a ready laugh and a twinkle in her eye.  Her Millerick cousins loved her, though the more conservative ones sometimes looked askance at her behavior.  One of these cousins, Bill Thomas, remembered his parents having “wild times” with Madelyn and Trigger, and that Madelyn “retained good vocal chords’; it was the “laughter and song” that he still recalled best. 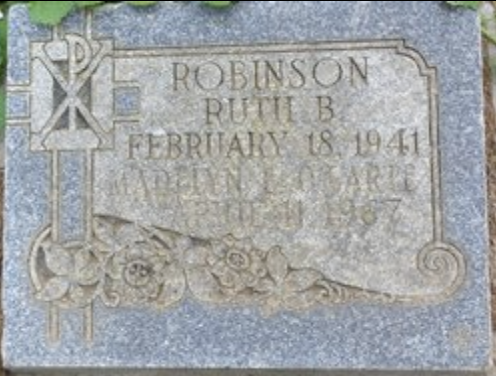 Madelyn died on April 11, 1967, in San Francisco.  She is buried with her sister Ruth in Holy Cross Cemetery in Colma.  Trigger died later that year and is buried in Holy Cross also, but on the other side of the cemetery with their daughter Geri.