James Melvin Callaghan was born on August 6, 1902, in Rio Vista.  Like his cousins, he attended St. Gertrude’s for elementary school.  He had been close to Lester, being raised basically as brothers.  Mel went to St. Joseph’s Military Academy from 1918 to 1921 for high school.

Mel was a happy-go-lucky third child.  He lived most of his life on the lower ranch with his parents.  He had a quick smile and a big laugh and liked to spend time with his friends.  He was a character, often striking a pose with a grin and cigar in his mouth.  Michael Chase remembered a photo of him wearing a zoot-suit and black and white wingtips, standing next to his car with a foot up on the running board.   He could often be found hanging out at Foster’s Big Horn, the famous bar in Rio Vista.

Melvin liked cars, but they did not always like him.  On a Saturday night in March of 1929, he was out riding with his friend Elwood Bryan when they were sideswiped by another car full of youths near the Isleton Bridge.  They went over a 30-foot embankment and tumbled down a 100-foot slope.  They both were confined to bed for a couple of weeks.

In March, 1938, Mel was in the hospital again, this time with a broken ankle.  He was convalescing in Sutter Hospital in Sacramento when he was visited by the Tate twins, Mildred and Irene.  Apparently, 25-year-old Millie decided it was time for Mel to settle down. 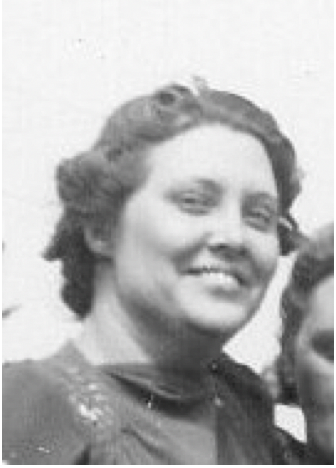 Mildred and her twin sister Irene were the youngest of the four children of Wiley Lee Tate and Alice Henderson.  Mildred was born and raised in Fort Smith, Arkansas, but the Tate family moved to Birds Landing in 1933 or 1934.  She worked as a secretary in Birds Landing and in Rio Vista.  Irene was a stenographer in Birds landing.  Their brother Ray had not come to Rio Vista with them.  Their older sister, Thelma, had married into another Birds Landing clan, the Tonneson family.  Millie and Mel were married in the last week of June 1938.  They had a double wedding with Rita and Walter Stoermer in Reno.

The Census records list Melvin’s occupation in 1930 as laborer.  The 1940 Census surprisingly listed Mel as the head of household, despite his father still being alive and listed as living with them.  Jim was likely already in the hospital in San Francisco by then.  He died before the end of the year and Mel did indeed become the head of the family.  Mel continued to rent the lower ranch from Nora and his mother Louise until he and Rita inherited the west half in 1946.  Louise sold the east half in 1948.

The 1940 Census also stated that Mel had a government job as a tractor driver.  A subsequent 1942 River News article stated he had resigned his job with the Solano County 5th District in order to take work at Mare Island Naval Base as part of the war effort.  Several of his neighbors and Anderson cousin also worked at Mare Island, so it seems not to have been unusual to have a side job while working a ranch.

Mel retired from ranching in 1952 and moved to Fairfield where he and Millie lived on Grant Street.  His mother, Louise, continued to live on the ranch for another year, and the ranch was leased.  He later took a job as a janitor for the Suisun City School District.  In 1963, Mel sold the ranch to Louise’s nephew Albert Anderson, whom Nadine referred to as “Slick” Anderson.

Michael and Pat remember that Mel and Millie smoked constantly.   Melvin died of lung cancer on December 22, 1965.  He is buried in Rockville Cemetery, Fairfield, the same cemetery where his sister Mae Morrison had been buried 25 years before.

Millie continued to live in Suisun City for another 18 years.  Dolores and Nadine would often go up to Fairfield to visit and talk about the family.  She died on August 14, 1983, and is buried with Melvin in Rockville Cemetery.  Having been gone from Birds Landing for over 30 years, her obituary did not appear in the River News. 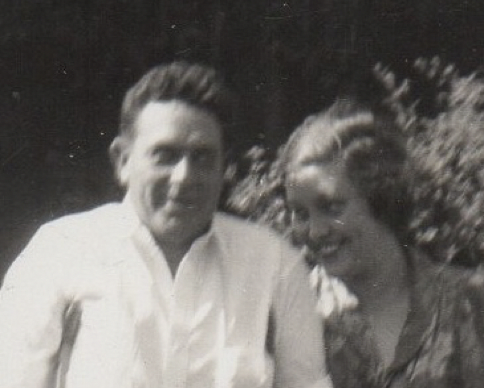