Marguerita Johanna Callaghan was born in Rio Vista on May 18, 1900.  She disliked her name and always went by Rita Joan.  Rita had attended St. Gertrude’s Academy and the newly opened Rio Vista Union High School, where, as Junior Class Representative, she wrote in the yearbook:

She also played Finula in the Irish fairy play The Twig of Thorn.  She served as class secretary in her senior year and graduated in 1919.  Throughout high school, Rita and her cousin Madelyn were very close—more like sisters than cousins (much like Nadine and Dolores were later) —and were always together in town.  They were quite the dynamic duo and had something of a reputation for fun and mischief.  In 1920, Rita married Robert Henry Woods. 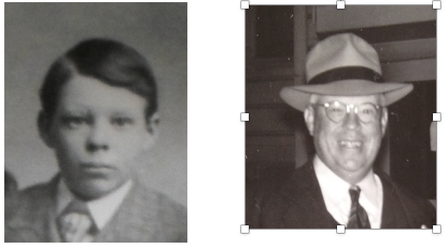 Bob, whose nickname was “Pinky,” was born on September 1, 1888, in Suisun City, to Warren Woods and Lily Pangborn.  The Woods were originally from Drake County, Ohio, and the Pangborns traced their roots to 1600s Virginia.  Through his mother, Bob was descended from the Duke family of North Carolina and from Revolutionary War hero Nathan Green.  Bob’s father and grandfather were successful businessmen in Solano County, and he worked as a bank clerk at the First National Bank in Fairfield.

According to his WWI Draft notice, Bob was medium height, medium build, brown hair and blue eyes.   When he and Rita decided to get married, they did so in Alameda and moved to San Francisco, where he became an insurance agent for Metropolitan Life.   Initially, they lived at 750 O’Farrell Street.  By 1923, they were at 3671 16th Street, and by 1930 they lived at 4348 21st Avenue.  They had two children—Robert, Jr., in 1921 and Nadine in 1926.

In late 1934 or early 1935, Rita and Bob separated and divorced.  Rita stayed in San Francisco, moving to Upper Market Street and finding a job as a clerk.  Nadine remained with her, but young Bob was sent back to the ranch to live with Rita’s parents.  Sometime during the mid-1930s, Rita met Walter Stoermer. 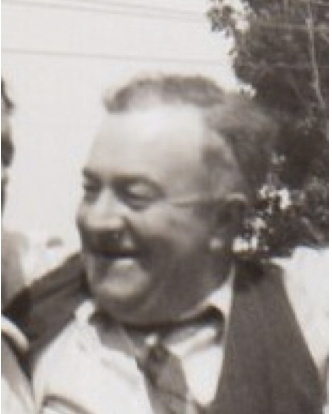 Walter Edward Stoermer was born September 18, 1903, in San Francisco to Frederick Stoermer, a bricklayer from Los Angeles, and Julia Riley, a native San Franciscan.  Walter, a butcher, lived on 6th Avenue.  He was a member of Woodman of the World and the Loyal Order of the Moose.  On July 2, 1938, they traveled to Reno, Nevada, with her brother Melvin and Mildred Tate, where they had a double wedding.  He, Rita, and Nadine moved to 115 Parker Avenue in the Richmond District.

During the 1940s, Walter worked as a butcher and as an iceman, while Rita worked as a clerk for Simon Brothers, a grocery on California Street.  In 1948, Walter worked as a salesman for CID Co.  The house on Parker was a gathering place for friends and family.  There was a bar set up in the basement where Rita would serve as bartender.  Her son Bob would bring friends over after-hours when he was on shore leave from the Navy.

Walter died unexpectedly on June 24, 1951, in San Francisco.  He was buried with his parents in Holy Cross Cemetery in Colma.

Rita continued to live on Parker Avenue until moving to Mill Valley in 1953.  Her mother lived with her for half of each year.  Her daughter Nadine and Rita’s Chase grandsons moved in 1955, staying until 1961.  Michael Chase remembered her and Louise “watching their shows”--The Real McCoys, Lawrence Welk, and As the World Turns.  Jim remembered her spoiling them rotten, taking them to the Orpheum Theatre to see Carol Channing in Hello, Dolly and to the puppet show that was outside the theatre.  At Christmas, she would take them shopping in downtown San Francisco, a formal occasion for them. They would go to a bookstore and each could pick out a book, then they would go to Bernstein’s for clam chowder.

In Marin, Rita managed Lady Baltimore, the bakery department of Purity Food Stores, first in San Rafael and then in Mill Valley.  Michael remembered her as always working.  Dolores remembered her as being fun-loving and imminently practical.  When the family discussed getting rid Jim Sullivan’s 160 acres in the Blue Ridge, Rita wanted to do something with the land.  When someone pointed out that there was nothing there but rattlesnakes, she replied that “we should put up a factory to make boots and hors d’ouvres.”

The last surviving member of her generation, Rita passed away on November 10, 1972.  She was buried with her parents and grandparents in Rio Vista Catholic Cemetery.  She had not lived in Rio Vista for over 50 years and no obituary appeared in the River News, just an announcement of the burial.