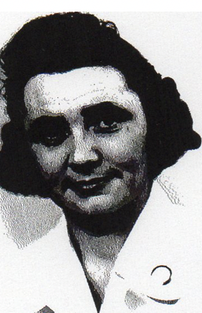 Janet Johanna Callaghan was born May 5, 1911, in Rio Vista.  She had attended St. Gertrude’s Academy from 1926 to 1930.  She moved to San Francisco shortly thereafter and, by 1932, she was living at 2200 Hayes Street.  She attended St. Mary’s Hospital School of Nursing, which later became the highly acclaimed USF School of Nursing.  The student nurses would take classwork at different times of the day and work in the hospital alongside veteran nurses to learn the trade.  She graduated in January of 1933.  In 1935, she moved to 36 Hemway Street just off Fulton Avenue near Golden Gate Park.  She was working at St. Mary's Hospital in 1940 when her uncle Jim was admitted with cancer.  According to Nadine and Dolores, she brought her father Bill to see Jim in the hospital to prompt reconciliation.  It was unsuccessful.

Arriving off Cape Camarat 15 August, she debarked her 3,000 troops into waiting LCI's which put them ashore to
become another deadly prong thrust deeply into Hitler’s "Heartland." The next day she headed for Oran to bring
nearly 3,000 troops back to the Cape Camarat beachhead on 30 August.  The USS Squier returned to New York 26
September with casualties and prisoners of war embarked at Naples.

From 14 October 1944 to 14 September 1945, she made 10 transatlantic, troop-carrying and rotation voyages: 7 from
New York, 2 from Norfolk, and 1 from Boston, to ports in the United Kingdom and France.  Between 20 September 1945
and 18 June 1946, six other round-trip, "Magic Carpet" voyages out of New York at war's end brought home veterans
from the Far East and.  The USS General George O. Squier reached Norfolk 22 June and was decommissioned 10 July
1946.

Upon return from the Atlantic in 1945, Janet served temporarily at the US Naval Hospital in Long Beach where she was promoted from Ensign to Lieutenant (Junior Grade) in March.  The promotion made the newspaper in Sacramento.  She then returned to the South Pacific, where she was stationed at the US Naval Base on Tutuila, Samoa.  She was released from active duty on February 1, 1946, and continued to serve in the Naval Reserves until September 1, 1956.

Though she had inherited Nora’s house with her sister when Janet returned to civilian life, she decided to stay in San Francisco instead of moving back to Rio Vista.  She went to work as an office nurse for RA Scarborough on Geary Street in San Francisco in 1948.

On June 12, 1951, Janet married William C Kaiser in Carson City, Nevada.  No one in the family remembers anything about Bill Kaiser other than he and Janet were very heavy drinkers.  By 1955, she was living Cupertino and working as a staff nurse at the Santa Clara County Hospital.
By 1964, she was living alone in Los Gatos on Ellenwood Street.  On her death certificate, she was listed as a widow, but when or where Bill died is unknown.

Janet died on October 27, 1965, at the Veterans Administration Hospital in Palo Alto from a pulmonary edema and cirrhosis.  She was 54 years old.  Janet is buried alone in Golden Gate National Cemetery in San Bruno, California.
this site is under construction.