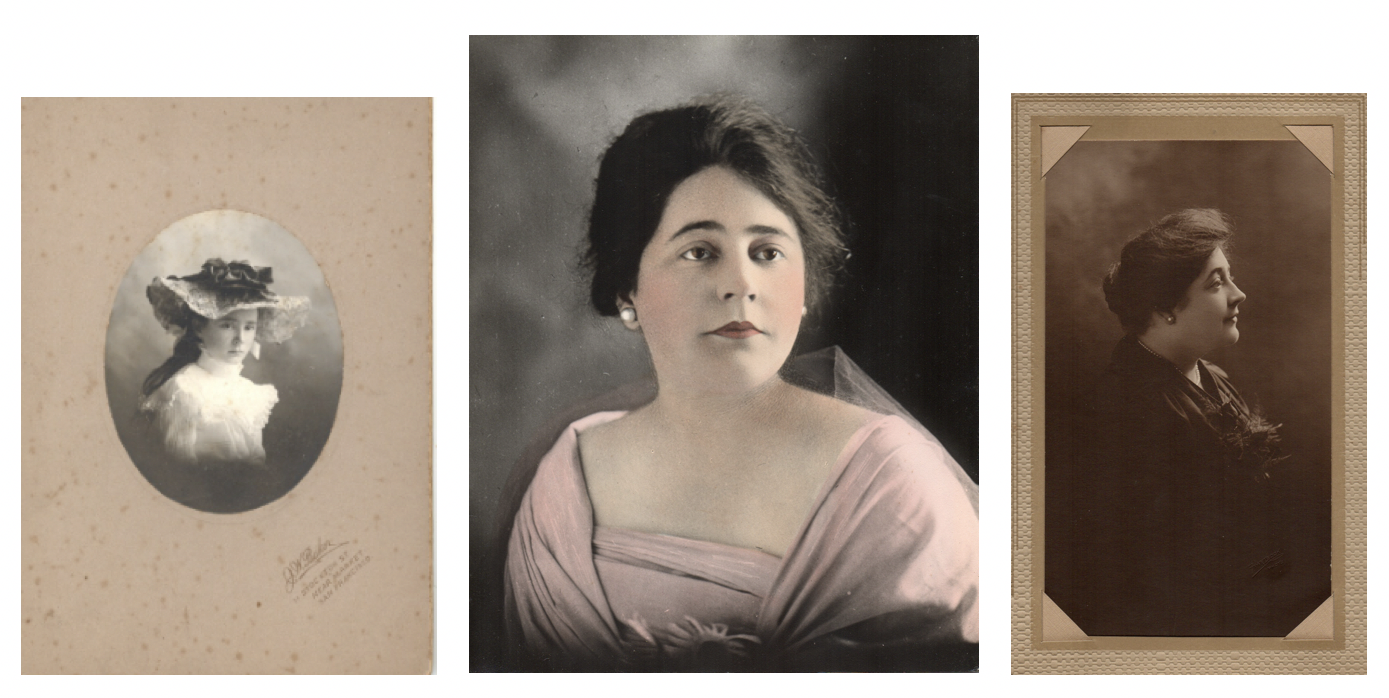 Ruth B. (no one seems to know what the B stood for) Callaghan was the first child of John and Ellen Callaghan.  She was born on November 8, 1891, at the Millerick house in San Francisco’s Bernal Heights District.  Ellen had gone to town to be with her sisters for the birth.  Ruth grew up on the Ranch and attended St. Gertrude’s Academy in Rio Vista (1906-1909).  After her mother’s death, she helped raise her brother and sister.  In 1917, she moved to San Francisco and began working for the Telephone Company.  Both Lester and Madelyn moved in with her for a time.

Ruth had married somewhat late in life to George Kightly Robinson, a protestant son of Thomas Kightly and Elizabeth Ellison. It is unclear how George’s name changed to Robinson. Given that he had a brother listed in his obituary as William Harrison, it is likely that George’s mother remarried after her first husband’s death. The 1920 US Census listed George as a retired gripman (at age 48) and a widower.  Dolores remembered that he had a grown daughter, and his obituary named her as Mrs. Leslie Elizabeth Fullerton.  In July of 1909, Leslie was born to George and his wife Alice A Kane (whom he had married on September 18, 1908).  Alice died sometime within the next ten years, and Leslie was raised by Alice’s sisters.

Lester did not care much for George.  Besides the religious and age differences, Lester felt George had sponged off Ruth, as attested by Ruth’s probate, which determined that George had not contributed any money to her estate and had not worked at all during their 13 years of marriage.  Lester and Madelyn still had to buy him out of the ranch after Ruth died.

Dolores remembers Ruth as a very sweet person whom Lester adored.  Whenever Dolores and her parents went to visit Ruth at her house at 26th and Dolores in the Mission District, they stopped at Zeiss' Candies to buy chocolates and pink baby roses, which were Ruth’s favorite flowers.

Ruth was not feeling well in February 1941, when she received news that her father had died.  Her doctor recommended that she not make the strenuous winter trek to Rio Vista for the funeral, but she went anyway.  She died of a heart attack less than two weeks after the funeral.  She is buried with her sister Madelyn at Holy Cross Cemetery in Colma.  George died in 1954 and his ashes are interred alone in Woodlawn Memorial Park.