Mae was born on June 30, 1895, in Rio Vista.  She was named after Sr. Mary Camillus McGarr, the Mother Superior of St. Gertrude’s Academy in Rio Vista where Mae’s mother was in school when she became pregnant.  Sr. Mary Camillus encouraged Louise to continue her education after she and Jim married, and, when Mother Superior died in 1911, Louise was received Catholic confirmation.

Since Mae died fairly young and did not have children, not much is known about her.  She also attended St. Gertrude’s Academy, graduating in 1914.  In 1915, Mae was one of the women in town who registered to vote.  (California had passed a women’s suffrage law in 1911, only the sixth state to do so.)

While in her early twenties, she did quite a bit of traveling, visiting cousins and friends around the Bay Area.  It is not known how or when she met James Morrison, possibly through his relatives who also went to St. Gertrude’s, but he was a dashing young soldier in uniform and on furlough when they married in 1918. 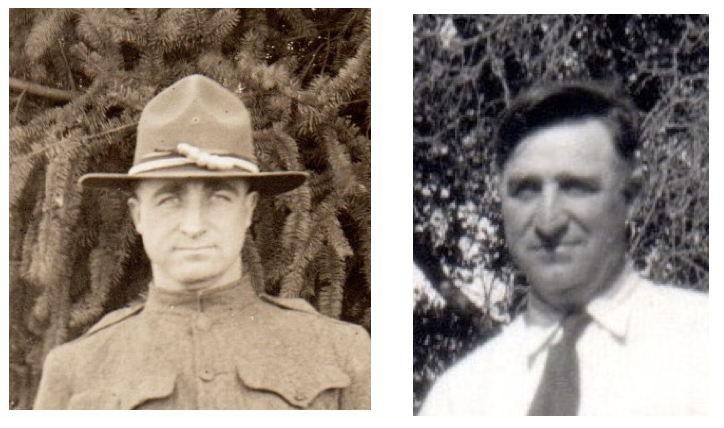 James was the fourth of the eight children of William Henry Morrison of Michigan and Frances Julia McEwen of Canton, Ohio.  The Morrison family goes back through Michigan to New Jersey, where the family name was originally Mourison.  William Morrison was well-respected farmer who had fruit orchards in Suisun Valley.  According to Jim’s 1915 Draft Registration card, he was tall, of medium built, and had dark hair and blue eyes.

Mae and Jim married on May 29, 1918, at St. Joseph’s Catholic Church in Rio Vista, while he was on furlough from Fort Lewis, Washington.  The matrimonial register at the church shows a note that there was a dispensation needed for “mixta religious.”  Jim was not Catholic.

After he was released from the Army, the Morrisons moved to a farm on Abernathy Lane in Suisun Valley near to where James’ parents’ farm was.  He had orchards there and produced prunes.  The next generation of Callaghans all knew him as “Prune” Morrison. 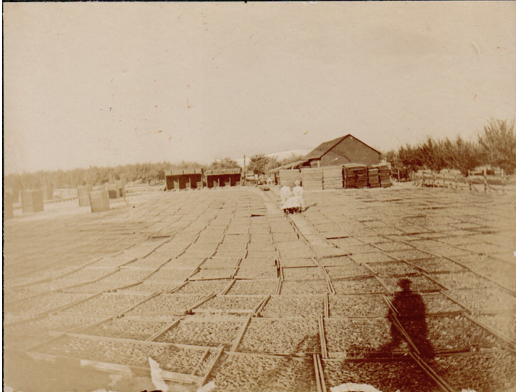 Mae was a member of the Crystal Rebekah Lodge of the International Order of Odd Fellows.  The Odd Fellows are a fraternal organization dedicated to social benevolence.  The command of the IOOF is to "visit the sick, relieve the distressed, bury the dead and educate the orphan."  The Rebekahs were the female branch of the Odd Fellows.  Mae was very active, working her way through the Degrees, ultimately serving as the Noble Arch for Crystal Lodge in Solano County.

Mae died unexpectedly on March 31, 1930.  She had been staying back at the ranch to take care of her mother and then returned to the Morrison Ranch to care for her sick husband.  Louise and Jim both recovered, but Mae came down with pneumonia and passed away.  According to her obituary,

Mrs. Morrison’s beautiful character won for her a host of friends during her comparatively short
regime on this terrestrial sphere, and her kindly acts and friendly ministrations has won for her
celestial happiness, although she will be greatly missed by her loved ones. 13

Jim remarried in the early 1930s to Annie R. McDonald, who had been a long-time friend of Mae.  They continued to live on the ranch on Abernathy Lane until his death in 1971. They never had any children, either.  Jim, Mae, and Annie are all buried together in Rockville Cemetery in Fairfield.